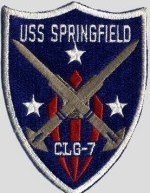 By gillhunter, September 20, 2016 in American Cruisers