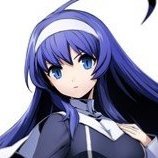 Amagi frustrations...what to do when everyone's camping.