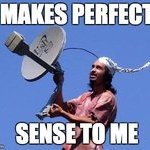 Lets Talk About the Elephant in the Room...

233 comments in this topic