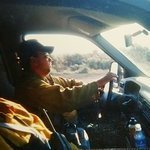 Aiming with scout plane, any tips?