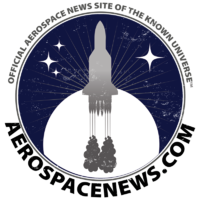 Modern Submarine - How The Sausage Gets Made

By AeroSpaceNews_com, November 12, 2022 in Historical Discussions and Studies