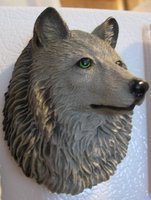 My first sail in an Agano.

By Wolfswetpaws, November 2, 2022 in Japanese Cruisers