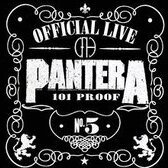 Can we have a T8 clan battle season?