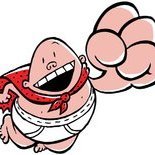 Prediction oin Subs in the game.

By Turbotush, July 24, 2021 in Game Support and Bug Reporting