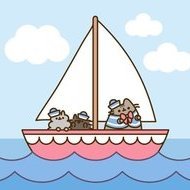 By Mademoisail, July 19 in Update Notes and Feedback