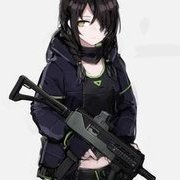 Carrier: What are we now?

By Shomaruki, July 7, 2021 in Aircraft Carriers