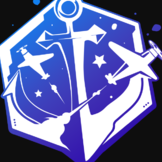 Loads into battle only to get a "Critical Error" message and crashes game.

By Wraithunter, July 7, 2021 in Game Support and Bug Reporting