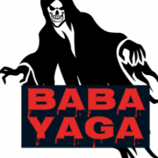 Possible glitch in the game ?

By The_Governor_, July 4, 2021 in Game Support and Bug Reporting