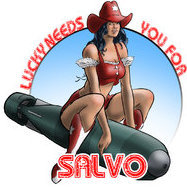 The 10.5 patch has put the game in the best place it has been in for Years.