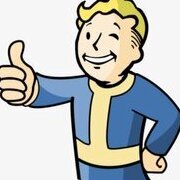 Feuerputz the only team that did not get a commander?

By Lipty3, May 26 in General Game Discussion