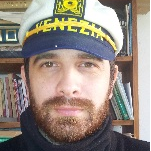 BBs and BCs killeds by the treaty: The UK

By Talleyrand, April 14 in Battleship Era