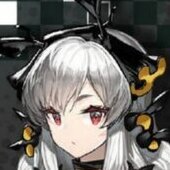 WG is fixing something.