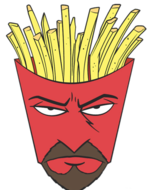 HEY!! IMPORTANT CAPT SKILL INFO YOU MAY NOT KNOW