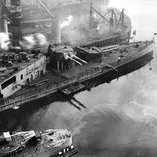 The most “noob” ship or class?