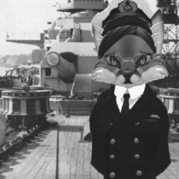 Flickering at the end of a battle

By LiskaBystrouska, October 29, 2020 in Game Support and Bug Reporting