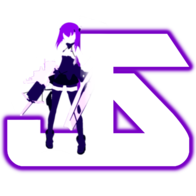 Bring Back the old CV playstyle

By Jet_set117, October 22, 2020 in Player Feature and Gameplay Suggestions

69 comments in this topic