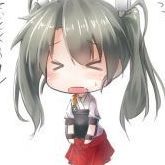 Suggestion for coal ship to get?