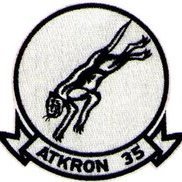 Aircraft on the Kuma.