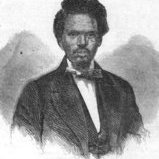 Is there a 'Jolly Roger' in WoWs?