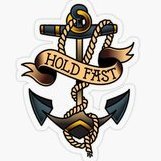 Where are the Mid Tier IJN Premium DD's?

By Draperk148, September 19, 2020 in Player Feature and Gameplay Suggestions