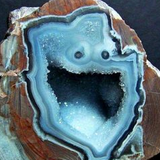 WG: Clan Battle Mercenaries is not a good idea