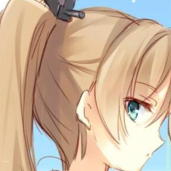 A new strategy to win by focusing the biggest threat

By DolphinPrincess, July 23, 2020 in Game Guides and Tutorials