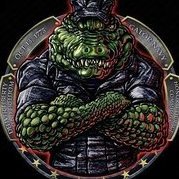 WOWS Swag Shop: Fill Me In!

By celticboy27, July 22, 2020 in Player Feature and Gameplay Suggestions