Why does the game require WGC to be installed before you can uninstall it?? 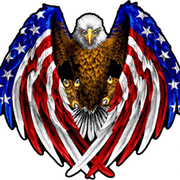 Because the removal tools are in the Control center programming........
Recommended by Hapa_Fodder