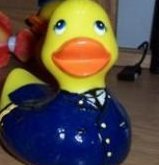 Grinding the line but not enjoying it

By Patosentado, July 17 in EU Destroyers