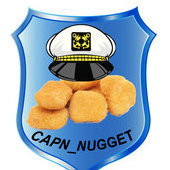 Directive mission selection and coordination with modes and events

By Capn_Nugget, July 10, 2020 in Player Feature and Gameplay Suggestions