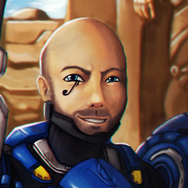 Biggest problems with the game now

By MegadethLAH, July 7, 2020 in Player Feature and Gameplay Suggestions