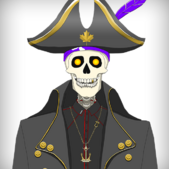 By Captain_Crooked_, July 4, 2020 in Player Feature and Gameplay Suggestions

This topic is now closed to further replies.
Sign in to follow this
Followers 3
Go To Topic Listing Player Feature and Gameplay Suggestions
×