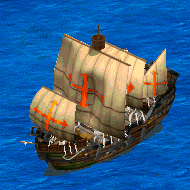 Now That the Submarine Mode Has Ended

By Klaus the Conqueror, June 28, 2020 in General Game Discussion