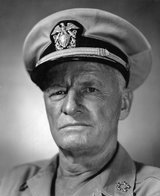 Want to get to Iowa as fast as possible. Need some help.

By wazaaup, June 4, 2020 in American Battleships