The hypocrisy and favoritism and placations are real! Teamkilling is encouraged if you are unicum or special?!

By JoshKeleskKoinaAU, May 28, 2020 in Game Support and Bug Reporting 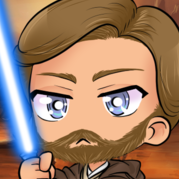 In your computer HD, where you install WoW, open it and look for a folder named "replays"; open the folder, double click on the replay file to see which game you was in as you claimed above, make sure you exit your current game to have the replay to play. You can submit a report using the customer service on this website.     regards,
Recommended by Hapa_Fodder