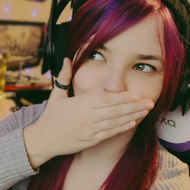 Open a support ticket and ask them to reinstate the premium ship. They'll remove the credits and restore the ship. Go here.
Recommended by Hapa_Fodder