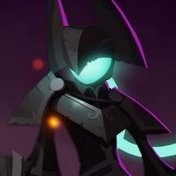 Bring back the old AA system

By Combined_Fleet_HQ, May 19, 2020 in Player Feature and Gameplay Suggestions