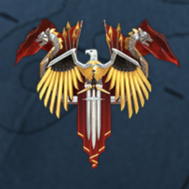 By IOWA_sniper_123321, May 14 in Player Feature and Gameplay Suggestions

Should German tier 10 Planes be Jet powered? (Not changing any stats, just having them as jets).