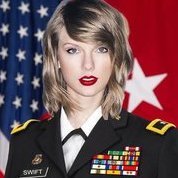 One of the dumbest radar mechanics that still hasn't changed

By USS_Taylor_Swift, May 13 in General Game Discussion