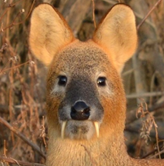 premium ship i I think Kinugasa is need in game

By Pinkchoco, May 9, 2020 in Player Feature and Gameplay Suggestions