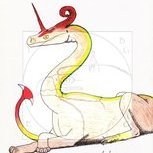 By Albrecht_Brandi, April 22 in Modifications Archive