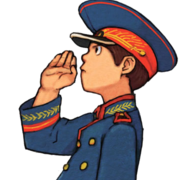 The Sealclubber of the East.