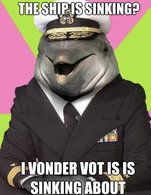 Save a star... still