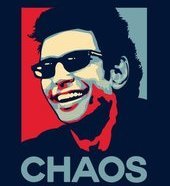 Outsourcing DD Hunting to CV Players is Lazy Gameplay, You can kill them w/o a CV, try that.