Light Cruisers will now have depth charges... Do we have a list of the lines that are "Light"? 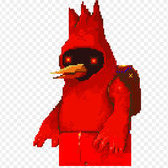 It's too early to talk about that yet: the test is on T6, so for now it only concerns T6 ships. A specific list of ships with depth charges will be published for that test round. Nothing is set in stone yet, so this may be adjusted or there may be exceptions implemented. So gotta wait and/or try for yourself if you get into subs test.