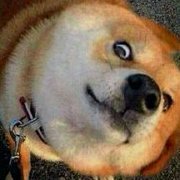 By YMC_ATiberius, November 5, 2019 in Game Support and Bug Reporting

Seems like we all go the wrong way..  Update my vedio dirve to the latest (optional version) but the crash still happens, but then I try deleting the userMusic folder according to this guy says And successfully play 3 matches (1 twilight and 2 random mode) with no crash.. Maybe while reinstall the game, the old userMusic folder is deleted, which accidently solve the problem?

Thank you for posting this here. Folks, please check if this works for you.