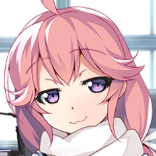 First of all, we also had an in-game tutorial mission, but it wasn't working as desired, so now you think as T1 (and to some degree T2-T4) as tutorial ships. And it works better than a tutorial mission.

Also, we have a special section on the portal dedicated to new players.


We know that some of that stuff is outdated, and we're working to improve stuff to be up-to-date.

Third, you can press "F1", as in most programs, and get in-game help.

And fourth, we're also working on improving new players' experience with more in-game explanations. Some of that you can already see in account leveling mechanic.
Recommended by Ryuu_kun