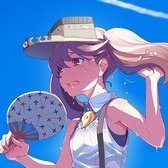 Do you prefer 12km or 20km torpedoes on Yoshino?