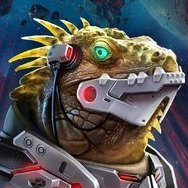 Remember: The correct response to a grindy event is not to give WG hundreds of dollars.