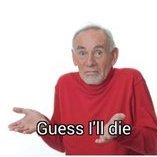 By IHateWoWS_Ret_Playerbase, May 20, 2019 in General Game Discussion

81 comments in this topic